After Chloe and Lucifer’s falling out, they each set out individually to solve a case involving a stolen necklace, which might have a connection to Lucifer’s old flame.

The episode begins on a crime scene where Chloe investigates with Dan. Indeed, we learn that Lucifer and Chloe have decided to end their collaboration.
Meanwhile, as he tries to forget with alcohol, the devil goes to Lux and sees Eve dancing. He then decides to book a suite in a hotel for her but while he accompanies her to her taxi, the driver ask Eve for a necklace and shoots him. 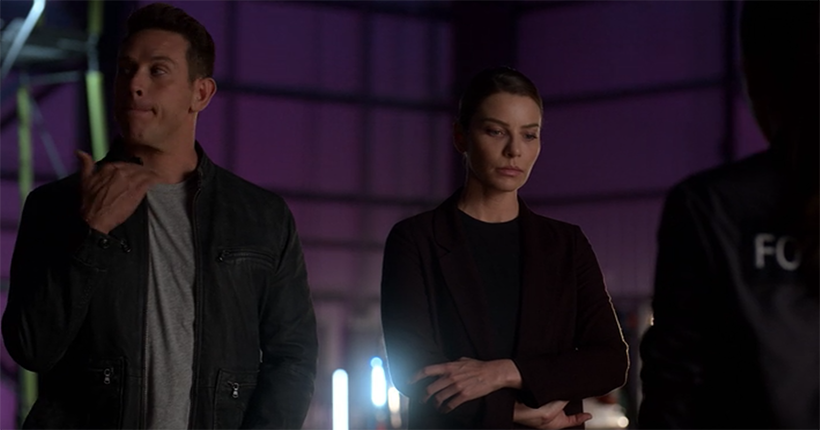 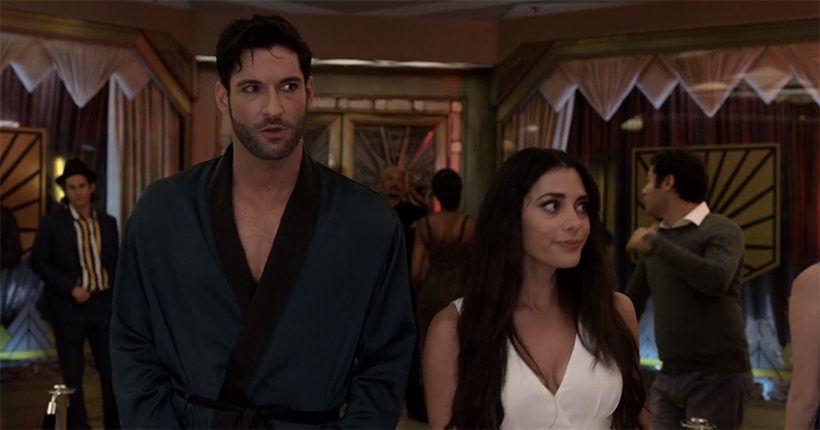 Lucifer and Chloe lead the investigation each on their own

Meanwhile, the investigation brings Chloe on this same necklace. She goes to a criminal who wanted to buy the jewel and manages to extract information from him in exchange for a service he owed to Lucifer.
This one also goes to the criminal with Eve and hides when he sees his partner. Once she has left, he learns that she has used his favor and therefore proposes to the criminal to seek himself the necklace if he leaves Eve alone. 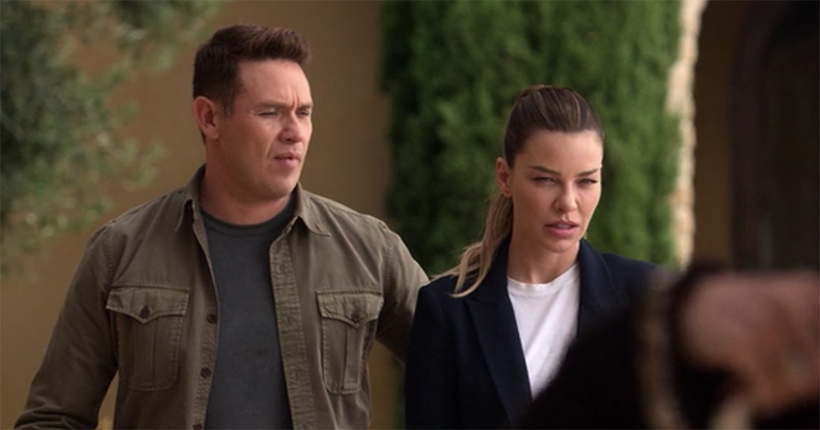 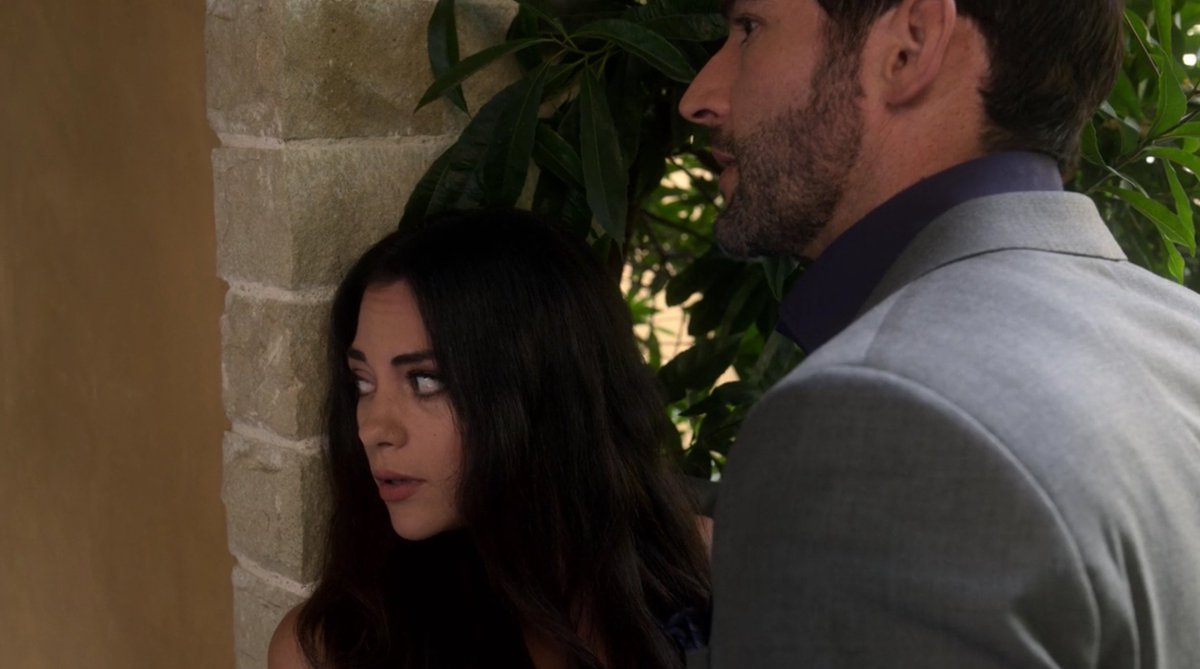 The fight scene in the bar

While they go to a bar to find a young woman involved in the necklace business, Lucifer and Eve start a fight. This action scene is a real masterpiece!
Then Lucifer is hurt and understands that Chloe is here. He leaves, still refusing to talk to the detective. 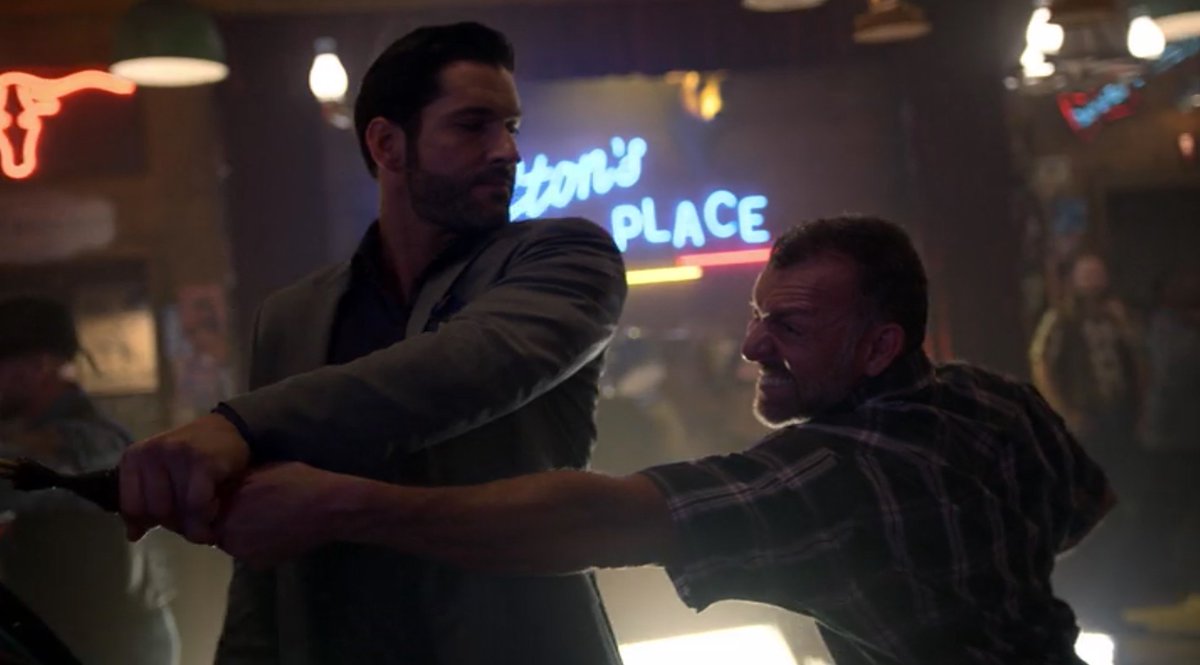 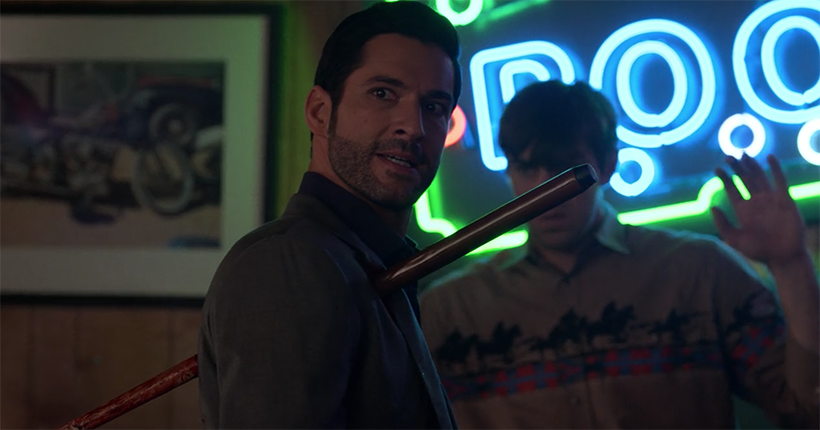 The therapist do her first pregnancy check-up with Maze and Amenadiel. Big laugh during this scene ^^
Thereafter, Linda and Amenadiel decide to secure the house from floor to ceiling for their little flying angel to come. For her part, Maze moves to Linda to help her but also to give space to Chloe. 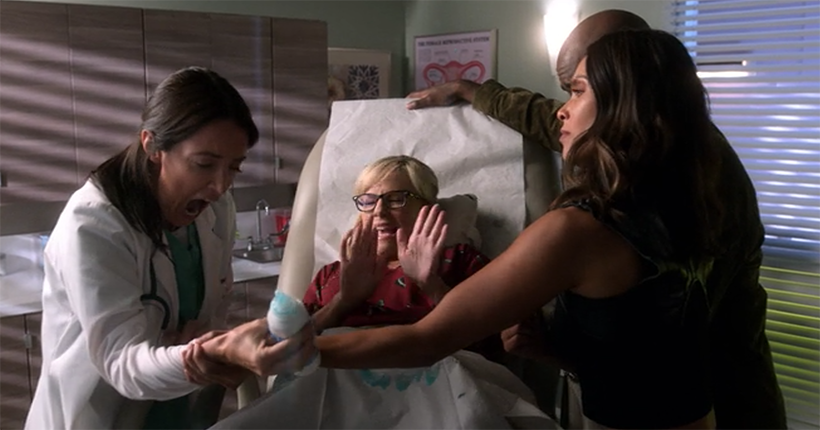 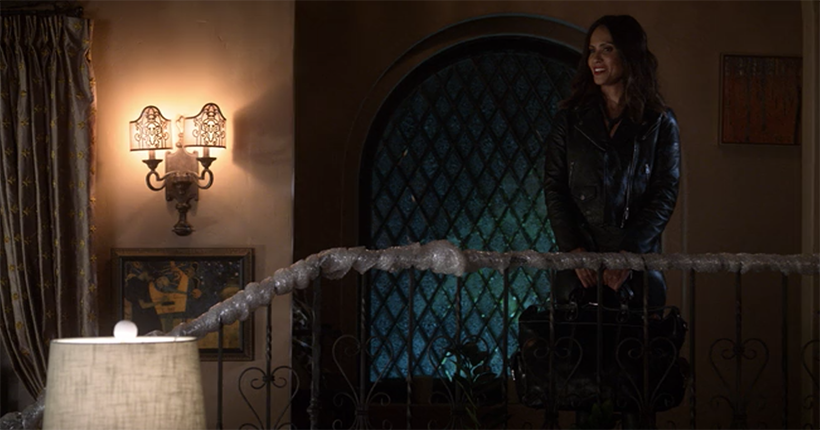 Chloe is still shaken by the revelation

As she returns home, Chloe meets Maze who is still angry that she betrayed Lucifer and that she prevented her from seeing Trixie. She also learns that she isn’t the only human to know and that Linda is also aware.
Chloe then goes to the therapist to whom she confides her doubts and fears. Linda tells her that she is pregnant and that all this also terrifies her. 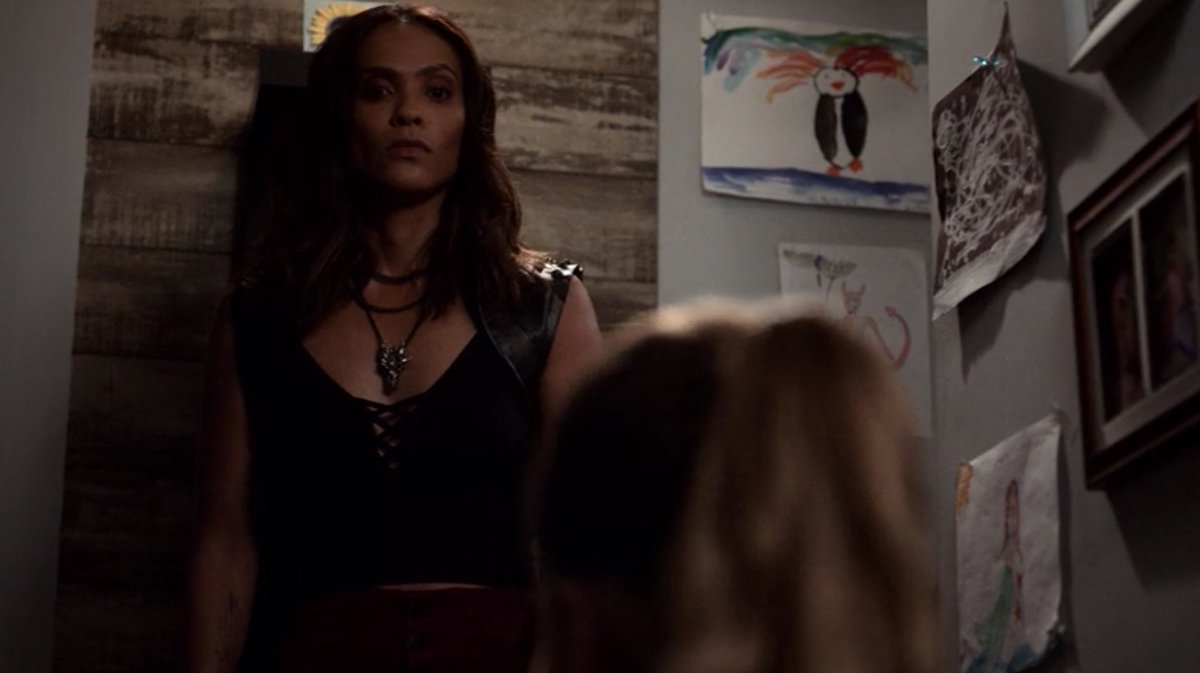 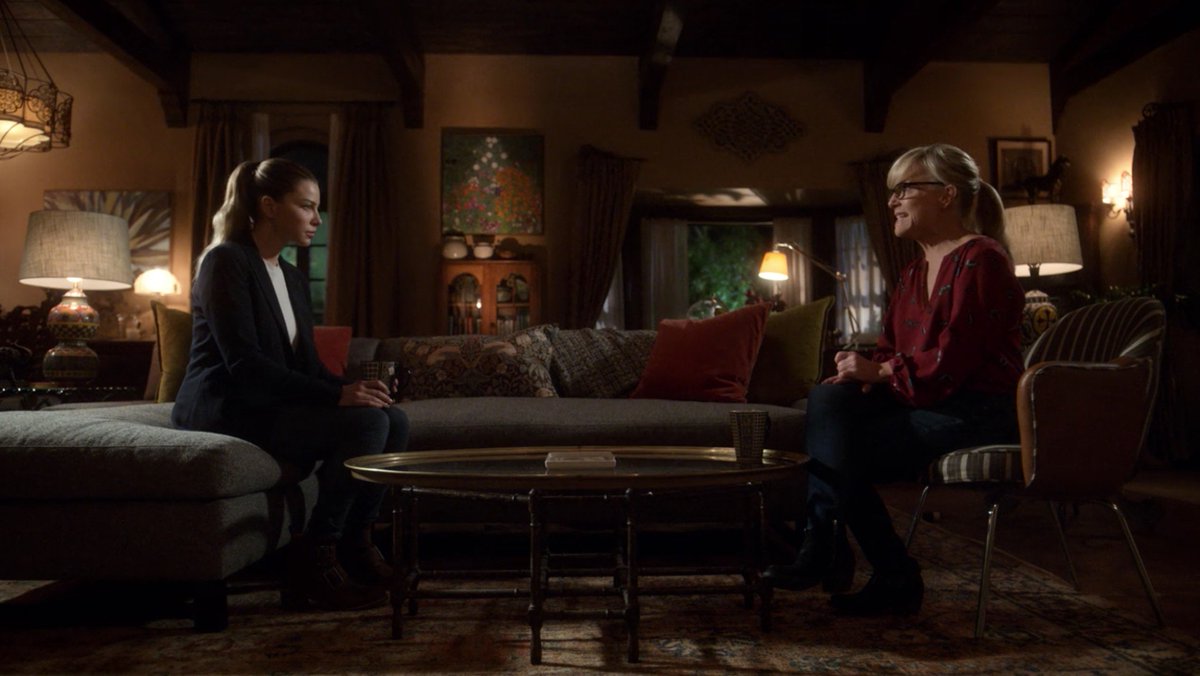 The investigation is complete

While Lucifer goes to an auction sale where the necklace is to be sold, he manages to get it back. But Chloe is also here undercover and manages to convince him to put it on sale for the purposes of the investigation.
After cooperating, they succeed in recovering the necklace and trapping the killer but the jewel must be kept by the police. Lucifer who thought he could recover the jewel, feels once again betrayed by Chloe and leaves the scene furious. 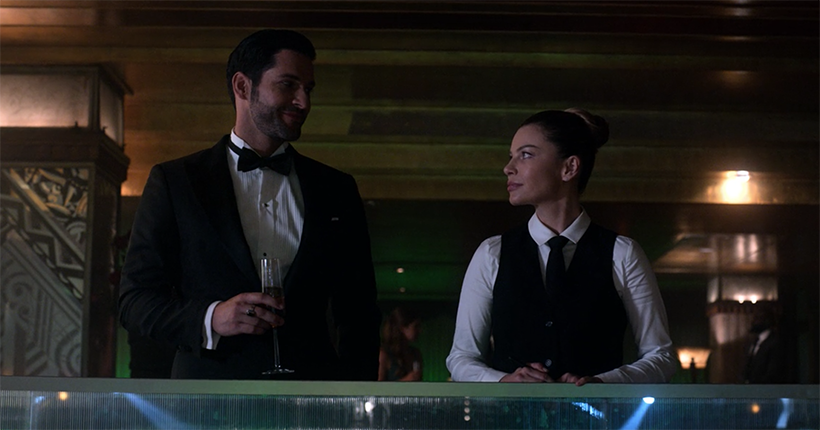 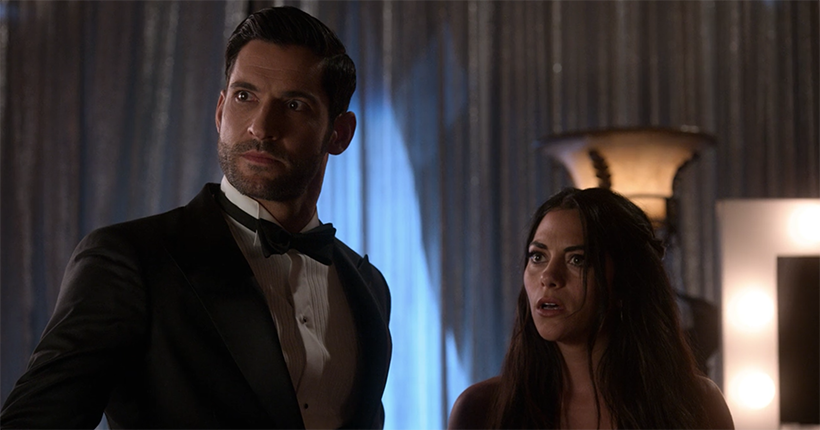 Chloe is ready to accept Lucifer but …

After listening to Linda’s advice, but also Ella’s, Chloe realizes that she misses Lucifer and is ready to accept him as he is so that he will come back in his life.
Meanwhile, Lucifer and Eve have a very touching discussion where Eve confesses that she returned to Earth for him. She finds him perfect and doesn’t hesitate to prove him by kissing his devil face. At first hesitant, he kiss her back and hugs her tenderly. At the same time, Chloe furtively arrives and sees them… 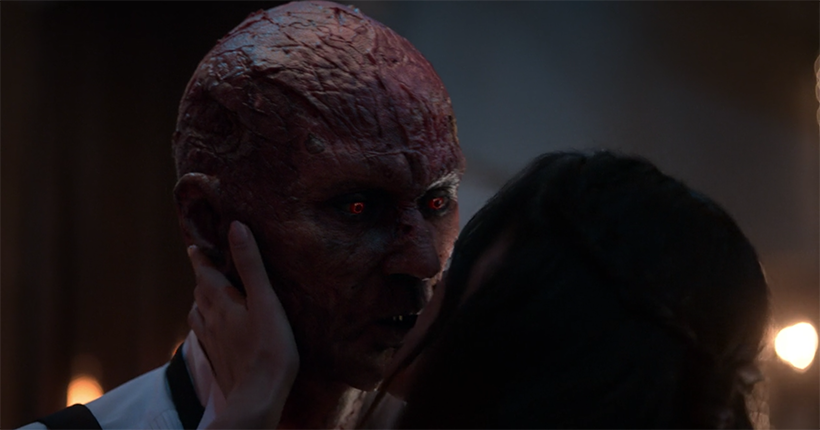 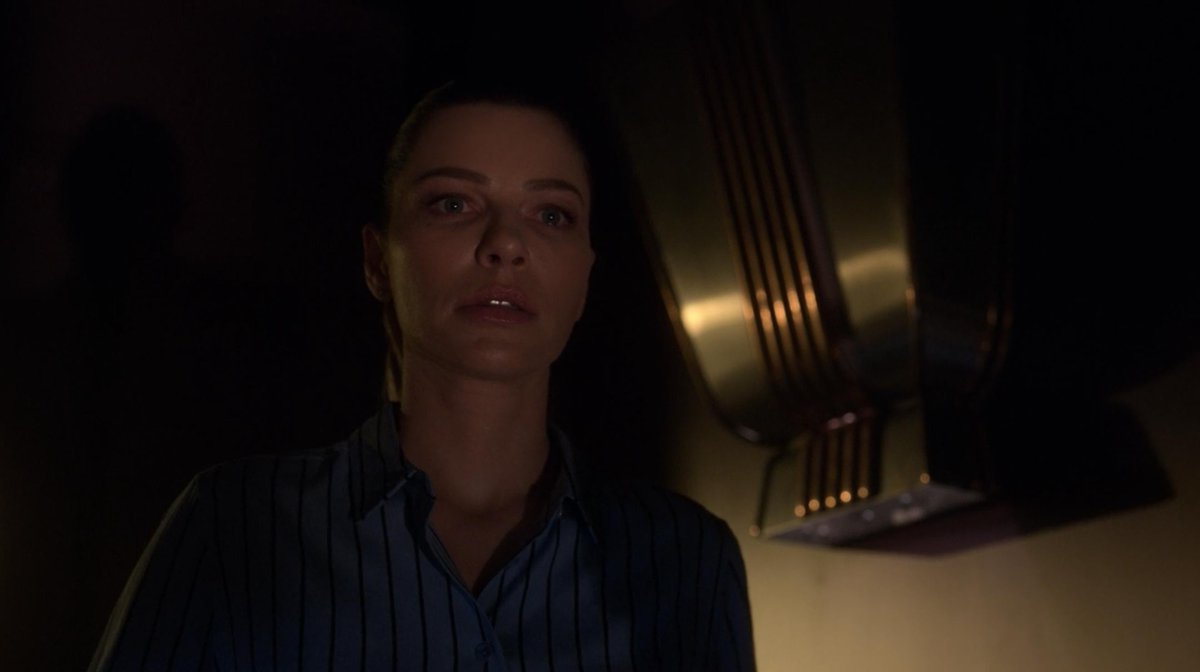 The trio Lucifer / Chloe / Eve is set up and we are curious to see more.
We love when Lucifer shows his bad boy side! (as in the bar scene)